Your Guidance to the
Pharma MES USA 2019

What is the Icebreaker Session?

The Icebreaker session takes place on the evening before the event starts.

Just when everyone arrives, we are inviting you to join us for some early networking and give you the chance to settle in the atmosphere of the event. This is the time and place to share your thought-provoking ideas and get things off an interesting start. Glass in hand, make your way around the round tables, discuss and network with the speakers and business partners. We invite you to a unique location and allow you to get to know your fellow conferences attendees in a relaxed and interactive setting.

Break the ice and get the show on the road!

Save yourself a spot at the evening events! Please be aware that in case you already completed the booking procedure for our evening events or if you should have a partner ticket no further steps are required.

Do you want to network with your peers?

Do you want to digest the day and your key findings?

Do you want to sit back & connect with your new acquaintances?

Relax after the first conference day and begin a great evening with drinks, food and bubbly networking at a special location. The simply perfect combination of an inspiring atmosphere and the right people launch you into the second day.

Bits, Bites & Bubbles is THE place for you!

Save yourself a spot at the evening events! Please be aware that in case you already completed the booking procedure for our evening events or if you should have a partner ticket no further steps are required.

The only Boston hotel located on the grounds of Boston Logan Airport, directly connected to terminals A & E via sky bridge and just 2 miles from downtown. With the hotel’s ideal location, many Boston attractions, local events and things to do in Boston are within reach.

Unwind in modern guest rooms featuring soundproofed windows, most with breathtaking views of the city skyline or various aeronautical activities.

Google has developed the same Street View technology used in streets around the world and applied it to the interior of hotels, creating a high-quality, interactive, 360-degree experience. Interactive features allow you to walk-through, explore, and take a closer look at your property. Please follow this link to take an interactive tour of our hotel.

Please note that our room block is fully booked. For any requests, please contact the hotel directly:

Boston’s history recalls revolution and transformation, and today it is still among the country’s most forward-thinking and barrier-breaking cities.

For all intents and purposes, Boston is the oldest city in America. And you can hardly walk a step over its cobblestone streets without running into some historic site. The Freedom Trail winds its way around the city center, connecting 16 historically significant sites, from the country’s oldest public park to a Revolutionary War battle site. These are the very places where history unfolded, especially the events leading to the American fight for independence from Britain. Other sites remember the city’s role in the abolition movement, its cultural contributions and more. In effect, Boston is one fantastic outdoor history museum.

A word of advice: when in Boston, eat as much seafood as possible. Local specialties include the ‘sacred cod,’ fresh steamed lobster, oysters on the half-shell and thick, creamy chowder. You can eat seafood around the city, but especially in the fish-centered Seaport District, where it’s accompanied by spectacular harbor views. The creatures of the sea are your top priority, but don’t miss the chance to devour delectable pasta in the North End and to sample diverse Asian dishes in Chinatown. Trendy fusion restaurants draw on all of these eclectic influences to present contemporary cuisine that is uniquely Boston.

The Lufthansa Group offers a comprehensive global route network linking major cities around the world. To make a reservation, please click on www.lh.com/Event-Flugbuchung and enter the access code DEZQMLG in the “Access to Your Special Lufthansa Offer” area. This will open an online booking platform that will automatically calculate the discount offered or provide you with an even better offer if another promotional fare is available.

NOTE: Pop-ups must be enabled otherwise the booking platform window will not open.

These promotional fares are also available through your IATA / ARC travel agent. Travel agents can obtain ticketing instructions by sending an email to lufthansa.mobility@dlh.de and providing the access code as a reference.

RELAX… WE’VE GOT YOU!

We’re here to help – so any questions or issue, please email kathrin.lipphausen@we-conect.com and we’ll be happy to support you. For speaking, sponsorship and exhibition opportunities, please contact our content and sponsorship managers below.

If you want to act as a we.CONECT Business Partner, please contact:

For general questions about the conference programme and how to become a speaker, please contact:

For our different Marketing or Media Partnership opportunities, please contact: 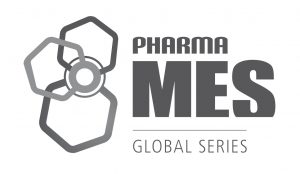 Do NOT follow this link or you will be banned from the site!
[wpforms title="true" description="true" id="
We use cookies in the delivery of our services. To learn more about the cookies we use and information about your preferences, please click here. By using our Platform you agree to our use of cookies.Agree & ProceedPrivacy policy